Pot for Spot?: Legal Issues Surrounding the Treatment of Veterinary Patients with Cannabis 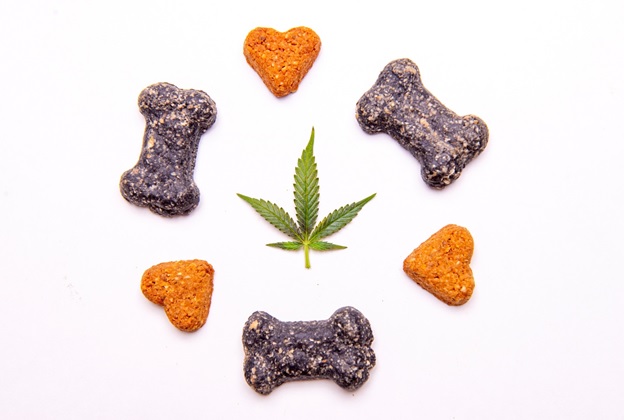 California has become the first state to give veterinarians the legal protection to discuss medicinal cannabis as a form of animal treatment, but the question is should other states follow suit? Under federal law cannabis is strictly illegal and is considered a schedule 1 controlled substance; which makes many veterinarians afraid to discuss cannabis use with pet owners due to the guidelines of their professional licenses. Federal law is extremely different from the various state laws which may allow medicinal/recreational use of cannabis. However, state issued laws regarding the consumption of cannabis in humans do not apply to use in animals. CBD infused products have swept the market, due to the increase in the legalization of medical and recreational marijuana throughout the United States. These factors have led many pet owners to question whether it is safe to treat their pets’ ailments with medicinal cannabis, but in 49 states they are not allowed to discuss this proposition with their veterinarian. The reluctancy from veterinarians to discuss cannabis treatment for their patients has led patients to take their animals’ treatment into their own hands, with many pet owners conducting online research and treating their animals with unregulated products that contain cannabinoids. According to a 2018 study conducted by Colorado State University’s veterinary medicine researchers, almost eighty percent of 1,068 dog owners who participated in the survey admitted to buying cannabis infused products for their pets.

The internet is flooded with CBD infused animal treats and miracle stories about how CBD saved animals lives. However, it is hard to decipher fact from falsity in an area that has been notoriously under researched and viewed as illegal. Albeit; because of the rise of the legality of cannabis use in humans, there has been a recent rise in studies concerning animals and cannabis; these studies have shown evidence that cannabis can be beneficial for cats and dogs who suffer from diseases such as epilepsy, anxiety and arthritis, without the typical side effects of prescription medication. The FDA has the authority to regulate all products which claim to have therapeutic properties; the agency focuses on the safety and efficacy of the products. Since there has not been many studies on the effect of cannabis in animals, there has only been one product that is derived from cannabis that have been approved by the FDA in a extralabel manner by veterinarians, while following the guidelines of the Animal Medicinal Drug Use Clarification Act.

In addition to the legal ramifications, and licensing concerns, there have been a substantial amount of veterinary cases of Cannabis toxicosis in pets, which usually stems from animals consuming edibles intended for human consumption. To bolster this ailment, most of the edibles are made with other products which are toxic to animals such as chocolate, raisins and xylitol; which lower the chances of the animal making a full recovery. There have been several deaths reported due to cannabis toxicosis in animals and have led many pet owners and veterinarians to be suspicious of using cannabis to treat ailments in animals.