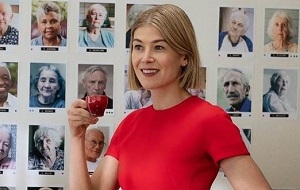 This year’s Golden Globe nominees included four films that directly relate to the issues handled by our elder law and special needs attorneys. In the coming weeks we will discuss each film, and analyze whether the facts, storylines and legal issues they present are realistic, or pure fiction.

We’ll begin with I Care a Lot, the movie that elicited a strong reaction in our office. Unfortunately, I turned the film off after 20 minutes because it was more fantastical than Disney’s WandaVision, which deals with all powerful witches, mind control powers, and reincarnated synthezoid robots. Simply put, I Care A Lot depicts a guardianship system that could never happen in real life. This is concerning because viewers unfamiliar with the legal system could fear this might happen to them.

As the film opens, Marla the professional guardian is seen making deals with doctors, attorneys, and assisted living administrators to identify seniors with assets and no family. Marla gets a doctor to write a report about a senior named Jennifer, stating she is a vulnerable adult in need of a guardian. Somehow this report is presented to a Judge who immediately appoints Marla as Jennifer’s guardian, without notice to or participation from Jennifer. Marla then shows up to Jennifer’s house (where she is functioning perfectly well) with the police and takes Jennifer to an assisted living facility, where the administrator takes away Jennifer’s cell phone so she can’t communicate with anyone.

At this point my wife asked if something like this could really happen. After responding with a resounding “no,” we turned off the movie. I walked away concerned about the film’s portrayal of events and the misinformation it spreads. For this reason, it’s important to explain how guardianships actually work.

In short, the guardianship system is structured to prevent exactly what was depicted in the movie!

I appreciate that fictional films and TV shows require suspension of disbelief. I know Hugh Grant’s trial in The Undoing does not accurately follow the Rules of Evidence. I know high-level chess matches don’t usually take three minutes like in The Queens Gambit, and I know there is no way the Rose family in Schitt’s Creek could live in adjacent hotel rooms for six years without killing each other. And yes, I know Rudy Giuliani was only pretending to hit on Borat’s daughter in the hotel room. (OK, maybe the last one is a bad example).

That said, I Care A Lot’s depiction of guardianships crossed an Elder Law line that warranted a swift response. Consider justice served!