Navigating Surety Performance and Payment Bonds: What To Know 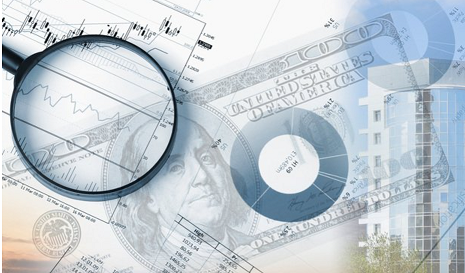 The plain language of a performance bond requires the surety to take over a project and arrange for the completion of the work in the event of a contractor termination or abandonment of a project.

Likewise, a payment bond guarantees that the subcontractors, vendors and suppliers on a project get paid by the general contractor. This protects the owner from subcontractors walking off the job and the potential for liens and delays or refusals to deliver materials to the job site.

The existence of bonds on a project, in theory, mitigates the risk of liens being filed by the contractors and suppliers. Mechanics liens violate mortgage agreements, prevent owners from receiving additional draws under their construction loans, and in certain circumstances prevent new contractors from being retained for a project.

How To Obtain a Surety Bond

Contractors apply for the bonds through bonding agencies. These agencies approach several surety carriers to obtain terms for the bond. Once terms are provided, the surety requires an indemnity agreement and the payment of bond premiums in order to issue the bond.

The premiums are non-refundable and compensate the surety for the risk of issuing the bond. The cost of the bond is generally paid by the contractor and reimbursed either directly or indirectly by the owner through the contract. The requirement for a bond is an additional cost, but having it can save a fortune in the long run especially where a project experiences problems.

The cost of the bond can vary significantly depending on the circumstances. The bond premium is generally anywhere from 1% -3% of the bond amount. There are three "C's" of underwriting that surety companies use to evaluate contractors: Character, Capacity, and Capital.

Character looks at the history and background of the company purchasing the bond. Sureties look at whether the applicant had any prior bankruptcies, if the contractor has walked away from previous projects, how it pays its bills and generally how it conducts its business.

Capacity reviews the contractor's prior work history and whether or not it specializes in the particular area of construction it is contracting for and the size of job. The surety will want to know if the contractor has a history of finishing projects of comparable size and scope of work.

Lastly the surety will evaluate Capital. It will review the contractor's financial statements and available credit lines to see if it has the financial wherewithal to perform the job in the event of payment delays or other possible financial setbacks.

Because the payment bond guarantees payment to subcontractors and suppliers, the surety looks at the contractor's liquidity for reasonable assurance of its ability to pay its labor and materials in a timely fashion.

Public construction projects, contracts awarded by the government entities, almost always require bonds. The government needs to protect taxpayers by having recourse if the contractor is unable to complete the project or absconds with the funds.

The current trend is also moving toward private developers requiring bonds. This is because obtaining financing without having a project bonded is becoming increasingly more difficult given the current economic environment for constructing large scale real estate developments and construction projects.

Claims Under the Surety Bond

A payment bond is triggered by the filing of a mechanic's lien. In the event of a lien, the bonded contractor would contact the surety to bond the lien with a discharge of lien bond. The discharge of lien bond would stand in place of the lien and relieve the project owner of its defaults under its lease or financing.

Entering into a takeover agreement requires the owner and surety to examine and agree upon the remaining scope of work. The surety will typically hire a construction consultant to review the work in place, compare it to the specifications and identify the scope. The owner then has the opportunity to agree or disagree with the surety's evaluation of the remaining scope. This is an opportunity to identify and correct defective or non-conforming work in place before project completion.

The owner also benefits from a takeover agreement when a date for completion is agreed upon. By the time a contractor is terminated and the surety steps in, a project is likely to be delayed. A negotiated completion date in the takeover agreement requires the surety to commit to a schedule that gives the owner some idea of when to expect completion. Even if additional delay occurs, the owner is still better able to plan its use of the project.

The takeover agreement can also assist with risk management measures in that it is a means by which to identify claims that exist as of the termination. Language in the takeover document can be used to waive any claims that are not specifically identified. Moreover, the agreement can identify liens and require the surety to commit to obtaining lien releases prior to commencing completion work. The owner can also use the takeover agreement as a means for confirming and assigning liability to the surety for latent defects.

By the surety agreeing to complete the work in a takeover agreement, the surety may also be committing itself to pay for the completion work even if the cost to do so exceeds the penal sum of the bond.

There are a few downsides to entering into a takeover agreement. For instance, both the owner and surety usually seek to reserve all claims and defenses in the Agreement. This means that the impact of the additional obligations and promises made in the takeover agreement may be limited.

Also, it takes time to negotiate a takeover agreement. This can cause further delays to the completion of the work. And, just as the owner may negotiate more favorable terms for itself than exist in the original contract, so may the surety. However, when all of the above considerations are factored in, it still makes sense for an owner and the contractor's surety to negotiate and enter into a takeover agreement.

As the need for surety bonds becomes more and more prevalent, real estate developers and construction project owners are well advised to understand the process, cost, benefits and detriments of surety bonds.


Reprinted with permission from the April 6, 2021 issue of the New York Law Journal. © 2021 ALM Media Properties, LLC. Further duplication without permission is prohibited. All rights reserved.