When Two-Legged Epidemics Reach Our Four- Legged Friends: Veterinarians and the Opioid Crisis 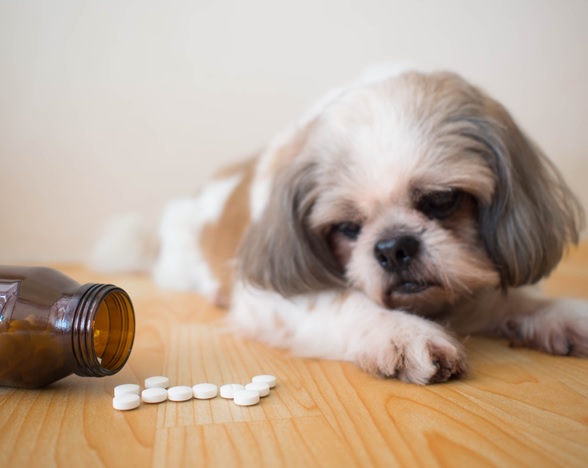 It is common knowledge that an opioid epidemic has been sweeping the nation, but many veterinarians do not realize that they have a responsibility to help curve the abuse of pain medication in their practice. Opioids are extremely powerful pain-relieving medications, that are commonly prescribed to treat intense pain. However, these drugs are also extremely addicting, and can cause overdoses in humans and in pets; but the pets are not the problem. Recently a study was conducted by the Colorado School of Public Health, which concluded that a large amount of the veterinarians who were surveyed were concerned that their clients have intentionally hurt their pets in the hope of receiving a prescription for pain killers. Out of the surveyed population, almost forty five percent of the veterinarians knew a pet owner or employee who was abusing opioids. In addition, the University of Pennsylvania Veterinary medicine school analyzed the number of opioids dispensed at their veterinary school for ten years, and concluded that prescriptions rose forty-one percent annually, when the number of new patients only rose thirteen percent.

There have been many incidents of animal abuse by a pet owner in the hopes of obtaining prescription medication. For example, a woman in Kentucky was arrested after she admitted to cutting her dog with a razor blade with the intention of obtaining and consuming pain medication through her veterinarian. The most commonly targeted pain killer that is carried in most veterinary practices is tramadol, because it is highly addictive and is typically prescribed to both humans and animals. Other commonly abused drugs by pet owners include Xanax and Valium, whose prescriptions are extremely difficult to obtain through a physician.  These methods are a way for drug addicts to obtain drugs under the radar, so it is imperative for veterinarians to be observant and meaningfully participate in the effort to end the opioid epidemic.

A combination of incidents has pushed the Food and Drug Administration to offer new resources for veterinarians who stock and prescribe opioids. The resource outlines six steps that veterinarians can take to help combat opioid abuse in their practice. It is recommended that veterinarians have an emergency plan outlined if they are ever in a situation in which they suspect opioid diversion, or clients harming their animals in attempt to gain access to pain killers; local police departments are the best people to help advise veterinarians on a plan of action if they ever encounter these dangerous situations.  The FDA released a list of tip-off’s that can help veterinarians determine if a client is abusing opioid medication: suspect injuries in new clients, pet owners asking for a specific drug by name, asking for refills because medication was lost or stolen, and having a general demanding attitude about their request. However, it is not only pet owners that veterinarians need to worry about, it is also necessary for them to monitor the behavior of their employees who have access to the drugs. There are many warning signs that a staff member is abusing pain medication such as: lack of focus, frequently missing work, mood swings and anxiety. In addition, it is important for veterinary practice owners to have checks and balances regarding their ordering, storage, administration and dispersion of opioids for the health of their employees and for their own legal protection. This outbreak has made many states create control measuring laws for prescribing opioids. For example, Maine enacted a Prescription Monitoring Program, which must be checked before prescribing opioids and benzodiazepines to animals. The program requires the veterinarian to state the reasoning for the prescription and the physical condition of the animal; logging it into a statewide database, which helps to limit repeat abusers. In addition, the state of New Jersey signed the most restrictive law, limiting a five-day supply of initial opioid prescriptions, and require veterinarians to share the data with fourteen other states to help combat abuse. Many groups are currently pushing for other states to adopt New Jerseys restrictive laws in order to help combat the opioid crisis that is now affecting us all.