Owners and Sureties: An Odd Couple, but It Works 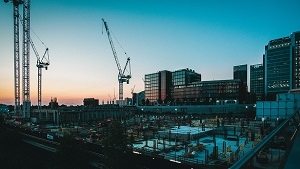 Query: How to get to the finish line in the most economical and efficient way?

Answer: A takeover agreement between the owner and the surety.

But should the owner partner with the surety to complete the project? Or are their interests hopelessly misaligned—the proverbial “odd couple”? Whether the owner should enter into a takeover agreement is an important analysis. On the “pro” side, in the course of negotiating the takeover agreement, the owner can require the surety to confirm the contractor’s default and affirm that the surety is bound by the contract documents. The agreement may include statements: 1) confirming that performance deficiencies existed; and 2) setting forth the specific reasons for the default and termination. Such provisions lay a good foundation for estopping the surety from being able to later claim that the contractor was improperly defaulted or terminated.

Also, entering into a takeover agreement will require the owner and surety to examine and agree upon the remaining scope of work. The surety will typically hire a construction consultant to review the work in place, compare it to the specifications, and identify the scope. The owner then has the opportunity to agree or disagree with the surety’s evaluation of the remaining scope. This is the owner’s opportunity to identify and force the surety to correct defective or non-conforming work in place before project completion.

The process outlined above also results in the owner and surety coming to an agreement on the remaining contract balance. So long as the owner commits to paying over the contract balances to the surety, the owner is assured of getting a completed job for the contractually agreed upon price. This puts the surety in the position of having to pay for any overages out of its own pocket.

The owner also benefits from a takeover agreement when a date for completion is agreed upon. By the time a contractor is terminated and the surety steps in, a project is already delayed. A negotiated completion date in the takeover agreement requires the surety to commit to a schedule that gives the owner some idea of when to expect completion. Even if additional delay occurs, the owner is still better able to plan its use of the project. Further, if the surety is delayed beyond the agreed upon date, additional liquidated damages may become available for the takeover phase of the project.

In the takeover agreement negotiation, the owner can profit by obtaining new and additional undertakings that go beyond the promises made by the surety in the bond itself. This process provides the owner the opportunity to include language in which the surety concedes that the obligations under the bond are triggered, and that the surety is therefore obliged to complete the work.

The agreement can also be used to establish clear lines of communication for the completion of the remaining work and identify clear hierarchical levels of authority on both sides of the table. To the extent that the terminated contractor’s poor communication caused or contributed to its defaults, the owner now has a direct communication path to the authorized surety representatives responsible for completing the work.

Another additional benefit to the owner relates to liquidated damages (LD’s). Liquidated damages are not specifically mentioned in the typical bond. In the course of negotiating a takeover agreement, an owner can demand that the surety agree to be responsible for LD’s. Although there are many scenarios under which a surety would never agree to pay LD’s, if the contractor’s performance was clearly deficient, and the surety is concerned about its exposure to LD’s, it might agree to be liable for a capped amount of LD’s to limit that exposure.

The owner can also gain an advantage in negotiating changes to the dispute resolution procedure. For example, the parties can agree to an expedited process that can start and be completed quickly during the completion work, rather than go through the longer staged claims process typically utilized in the AIA forms of contract. The parties can also make changes to other parts of the dispute resolution procedure such as venue or the number of required arbitrators.

The takeover agreement can be a means to identify claims that exist as of the termination. Language in the takeover document can be used to waive any claims that are not specifically identified. Also, the agreement can identify liens and require the surety to commit to obtaining lien releases prior to commencing completion work. The owner can also use the takeover agreement as a means for confirming and assigning liability to the surety for latent defects.

By the surety agreeing the complete the work in a takeover agreement, the surety may also be committing itself to pay for the completion work even if the cost to do so exceeds the penal sum of the bond. Finally, if the surety decides to use the terminated contractor as its completion contractor, the owner can demand that the surety take on the cost of a surety’s representative to supervise the work of the contractor. This clearly benefits the owner.

Other potential pitfalls due to the surety hiring the terminated contractor as its completion contractor also exist. Although it makes sense to both owner and surety to use the original contractor as completion contractor for a variety of reasons (familiarity with the project, possession of completed long lead-time materials, contractual privity with the subcontractors, etc.), dangers remain. These include the risk that the contractor will not be able to complete the work even with the surety’s assistance, and the continuation of the performance deficiencies that led to the termination in the first place.

However, when all of the above considerations are factored in, it still makes sense for an owner to partner with the surety and enter into a takeover agreement. If Felix and Oscar can share an apartment without driving each other crazy, so can the owner and the surety.


Reprinted with permission from the April 2018 issue of the New Jersey Law Journal. © 2018 ALM Media Properties, LLC. Further duplication without permission is prohibited. All rights reserved.