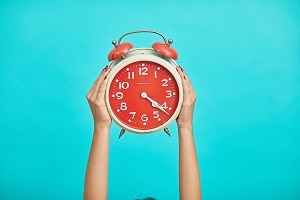 Over the past 23 years, I have participated in hundreds of dental and dental specialty practice transitions. At certain points during that time, there have been unique market conditions that drove practice valuations to higher levels while, at the same time, greatly increasing deal volume.

For example, in 2012, the United States approached a fiscal cliff, due in large part to George W. Bush’s expiring tax cuts. If Congress and President Obama failed to act, which it appeared they might, it would have led to the largest tax increase in decades. As this played out, I remember how feverish the market became. All around me, dentists were racing against the clock to close their transactions, fearful of an increase in the capital gains rate.

During that same time period in 2012, because of the additional fear that tax-favored gifting strategies would also be adversely impacted, there were many transactions occurring between dentists and their children who had followed in their footsteps. In the end, Congress and President Obama reached a last-minute compromise that avoided most of the issues that the dentists feared were inevitable – and the dental M&A market returned to normalcy.

If you fast forward to recent times, one trend driving transaction activity in the dental and dental specialty marketplace is the consolidation that’s occurring throughout the profession. We are seeing the rapid emergence of private equity-backed DSOs, which are becoming a greater percentage of the overall marketplace. As a result, practice values and sale prices have been driven higher because of the different valuation concepts used by private equity compared to traditional doctor to doctor transactions. Throwing gas on this already bright fire was the COVID-19 pandemic, which caused many doctors who were contemplating a future transition to rapidly accelerate their timetable to begin that process. Simply put, many older doctors were impacted not only by the stress of the pandemic but also by the daunting cost to create a “COVID safe” office and, when presented with a surprisingly high purchase offer, they decided that they did not want the continued burden of running their practices in the COVID and post-COVID world.

In addition to this, I believe a third factor is going to emerge in the second half of the year, leading to an unprecedented volume in M&A activity in the dental profession. Since the beginning of the COVID-19 pandemic, the federal government has been printing money at an unprecedented pace, including the $2.2 trillion CARES Act passed in March 2020, a $900 billion relief bill passed by the Trump Administration late last year, and President Biden’s $1.9 trillion American Rescue Act, passed in March of this year. On top of those, President Biden is currently floating a $2.65 trillion infrastructure bill to the American public. When you add up these extraordinary pieces of legislation, you get a potential total of $6.4 trillion of newly printed money by the federal government – in just over a year.

I believe that Congress will fiercely debate the American Rescue Plan. However, it will ultimately pass some version of the bill. Regardless of your politics, this will plunge the country deeper into debt, and there appears to be no plan to pay for any of it other than President Biden’s published plan to dramatically raise taxes. Moreover, the intensity of political debate will probably rise this summer, as politicians fight for, and against, such a complete overhaul of the tax system.

If you’re a dentist who is contemplating a practice transition, it’s important to recognize that a material increase in the capital gains rate is a likely outcome from this debate, and that this rate change will have significant adverse tax consequences if you sell a practice after December 31, 2021 (the President’s plan calls for making this increase retroactive in 2021, but most experts do not believe he has the support for such a drastic measure, however it is not beyond the realm of possibility that it could happen).

The current proposal calls for any person or family with a combined income of $1 million or more to pay 39.6% tax on any capital gain (as well as on ordinary income) plus the 3.8% Obamacare tax, resulting in an enormous 43.4% tax. Many in the tax profession believe it might be difficult for the President to gain the support of every single Democrat, which he will need in order to pass this huge tax increase, however the same experts I speak with are confident that there will be an across-the-board increase in the long-term capital gains rate from its current 20% to something in the neighborhood of 30%. While nobody has a crystal ball, when you reflect on the recent spending, and the fact that the country was already massively in debt with an operating deficit, I think we can all agree that our taxes cannot stay the same and they certainly will not decrease. The only option is for all taxes to increase to pay for the new spending.

I can say with relative confidence, based on my experience in dental and dental specialty transactions, that this perfect storm of conditions will lead to unprecedented dental M&A activity, beginning this summer and accelerating as the year goes on. My advice to you is this: If you have any thoughts about listing your practice, or considering a transition, is that you should start the process immediately. Waiting will only handcuff you, as this year’s market will eventually reach a fevered pitch, and anyone who starts too late will struggle, and probably fail to finish their transaction before the year is out. For those of you looking to grow through making acquisitions, I recommend you speak with your banker, line up capital, and be ready to strike at an opportunity with a motivated seller who is racing against the tax clock.
×